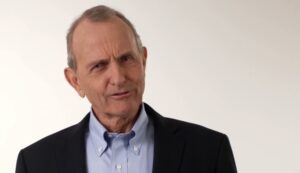 With just days until the Republican primary election in Florida’s 7th congressional district, candidate Ted Edwards has launched his closing ad and pitch to voters. His campaign said polls are tightening up and it will be all about turnout on August 23rd.

“Here’s the truth,” Edwards says in the ad. “Joe Biden and the woke liberals are disaster and they’re destroying America. It’s time to take our country back.”


As his final message to voters, the Central Florida Republican calls for ending open borders, lowering gas and grocery prices from out of control inflation, and ending “handouts” to people who do not work.

There was no mention of gun safety in his closing ad, but Edwards previously released a new TV and digital ad urging stricter gun safety laws, separating him from many Republican candidates.

“Look, I grew up on a ranch and we worked hard,” Edwards says in the ad. “I’m a father of five with a proven conservative record.”

Previously, Edwards served on the Orange County Board of County Commissioners where he built a reputation as a budget hawk and a strong supporter of law enforcement.