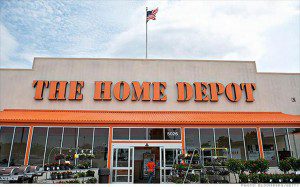 If you shopped at Home Depot in the last five months, your credit card information could be in the hands of hackers.

Home Depot CEO Frank Blake said in a brief statement: ” We apologize for the frustration and anxiety this causes our customers, and I want to thank them for their patience and support as we work through this issue.”

That’s cold comfort for customers who have been shopping at Home Depot since April earlier this year, when it is believed the breach began. Home Depot claimed it only became aware of the breach on September 2, cnn.com also reported.

Home Depot customers are being advised to review their credit and debit card statements for any unusual transactions over the last 5 months.

The hacking of Home Depot payment systems is the largest in U.S. history, beating back Target where hackers broke in for three weeks and grabbed 40 million debit and credit cards.