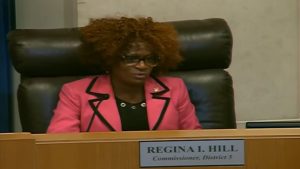 UPDATE: The State Attorney’s office has found there was not enough evidence to find criminal wrongdoing. The social media posts made by Commissioner Regina Hill attacked a local resident, but the complaint was not sufficient enough for criminal wrongdoing.

West Orlando News has obtained a copy of the latest formal complaint against Orlando City Commissioner Regina Hill, who is currently running for re-election. The complaint alleges malfeasance in office and official misconduct by Commissioner Hill and was filed by resident Celonica Melton.

The serious complaint was filed with State Attorney Aramis Ayala, with copies sent to Governor Rick Scott, Attorney General Pam Bondi and the Florida Commission on Ethics. In addition to a strongly worded letter, the complaint includes more than a dozen pages of attachments, including screenshots of Commissioner Regina Hill’s own words on social media. The complaint also includes specific examples of possible malfeasance and misconduct on numerous occasions that seem problematic for Commissioner Hill.


According to the complaint, Commissioner Hill used her office, title and influence to retaliate against a mother and her children in an abuse of power. Additional claims of misconduct, in part related to the Parramore Kidz Zone, were also included in the complaint.

The way Regina Hill attacks residents openly and on social media shows a lack of restraint on her part and is unbecoming of an elected official. But in this case, it appears Hill’s behavior crossed additional lines and now judicial officials will need to evaluate the situation which is impacting a mother and her children. If an elected official uses their office or influence for retaliation, that is completely unacceptable and should at the very least be fully investigated so there is no doubt.

Melton is going to be speaking at an emergency meeting by the Inner City Neighborhood Association on Wednesday, October 18th to provide an update about the formal complaint against Commissioner Hill. Melton is also asking to discuss the allegations further in person with State Attorney Ayala. 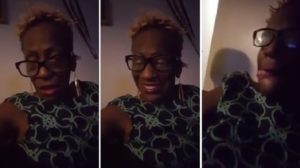