Three men who burglarized a home in east Orange County, then took officers on a high speed chase, ended up crashing into three vehicles, deputies said. 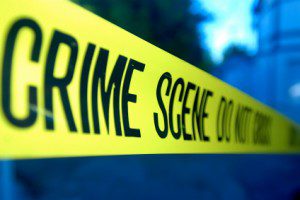 The madness began when the resident called 911 just before noon on Wednesday, to say that his home in the 11,000 block on Pinewood Cove Lane, had just been burglarized.  The victim told deputies that when he head the commotion in his house, he screamed and the burglars took off.

Deputies quickly cordoned off the area and the suspects’ vehicle was spotted near Alafaya.  But, as deputies activated their lights and sirens, the vehicle fled at a high rate of speed.

According to deputies, the suspects’ vehicle, traveled dangerously throughout east Orange County, eventually crashing into three other vehicles at the corner of Orange Avenue and Colonial Drive.

A firearm and cannabis were found in the vehicle.

Deputies have not released the names of the suspects.

National Day of Remembrance for Murder Victims in Orlando, September 25