AdventHealth is planning a phased redevelopment of the former Holy Land site, with a four-story 80,000 sq. ft. medical use and vertiport in phase 1, and five-story 261,500 sq. ft. hospital use in phase 2, all on a 14.2-acre site. AdventHealth purchased the former Christian-based theme park land for a reported $32 million. See the proposed renderings below, for now it appears the three-story auditorium resembling the Roman Colosseum is set to remain.


The proposed project is located on the northeast corner of Vineland Road and Conroy Road at 4655 & 4615 Vineland Rd, in Orlando.

According to plans submitted to the City of Orlando, the project will be constructed in two phases. The Phase 1 improvements will consist of the 80,000 square foot building with associated parking, helipad, and the master infrastructure to serve future phases of the hospital. The proposed uses per floor are as follows: first floor will consist of a 2,000 square foot generator building and a 20,000 square foot Offsite Emergency Department, second floor a 20,000 square foot Medical Office, and a third and fourth floor at 19,000 square feet each consisting of either medical office or ambulatory surgical center. The existing stormwater management system will remain and is proposed to be used for the Phase 1 improvements. The future Phase 2 development is anticipated to contain a 5–story, 261,500 square foot hospital use. 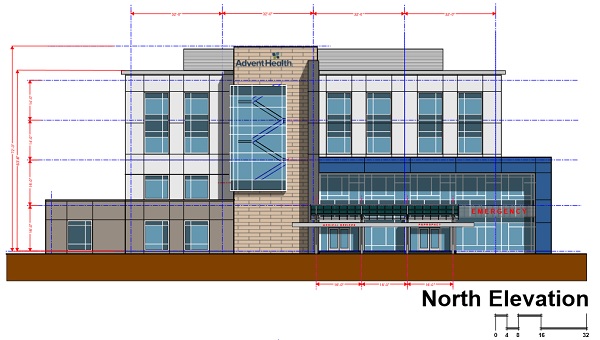 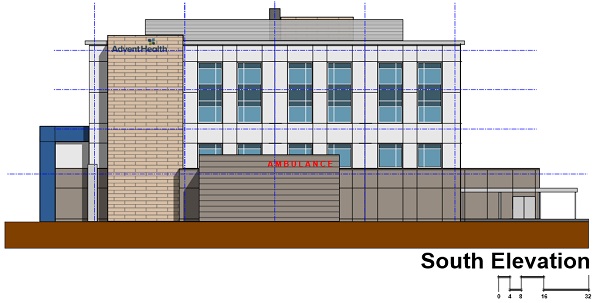 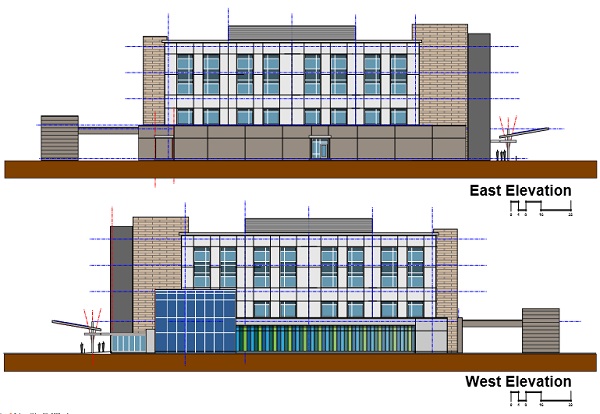 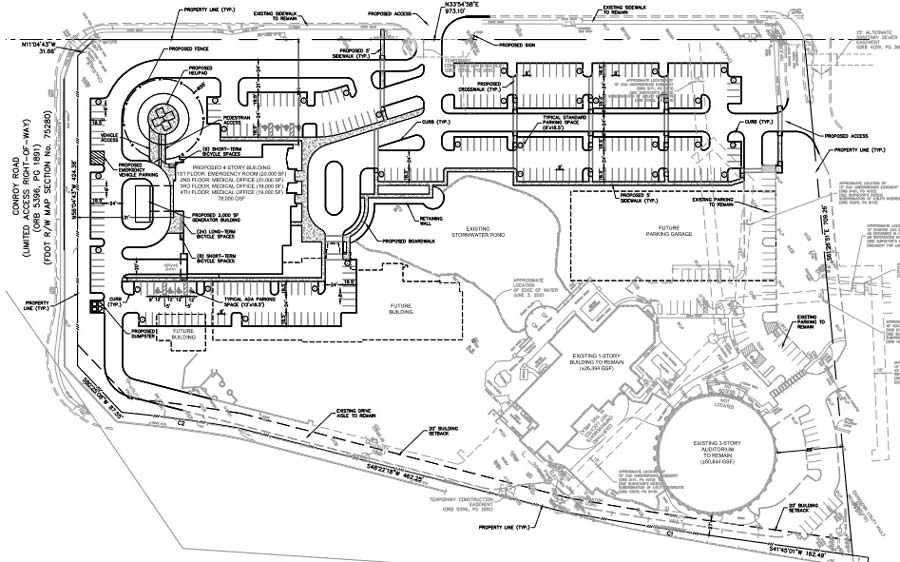