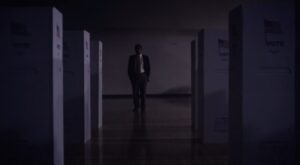 Dinesh D’Souza’s new movie “2000 Mules,” which launched on Saturday, May 7th, grossed more than one million dollars in less than twelve hours on the video streaming platform Rumble and its subscription-based platform, Locals. The movie’s gross sales on Rumble and Locals, which began on Saturday at noon, are good enough to put “2000 Mules” in the estimated box office top ten for the weekend of May 6th to May 8th. The movie looks into alleged criminal voter fraud and ballot stuffing during the 2020 presidential election.


“Supporting creative independence is core to our values, and we are thrilled to offer creators a new way to distribute and sell movies independently,” said Locals President Assaf Lev.

“The success of ‘2000 Mules’ on Rumble is a great sign for creators who do not want to be silenced or censored for their speech,” said Dinesh D’Souza.

Orlando Mayor Buddy Dyer, a Democrat, also has used ballot brokers and absentee ballot harvesting in his previous elections. In past municipal elections, Dyer has been accused of election fraud and ballot harvesting, but local authorities and FDLE failed to investigate. Now, Florida Governor Ron DeSantis has signed legislation to create an election task force and strengthen election security measures, which will hopefully stop these corrupt practices in future elections.

You can find Dinesh D’Souza’s Locals community and can view the trailer for 2000 Mules here.