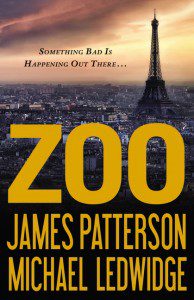 “Zoo” is another great read by these two authors.  Something has happened around the world.  Many different types of animals are attacking humans.  Jackson Oz, a biologist considered a crackpot, has a theory that many do not believe. He has to convince the world that his hypothesis is coming true and that they must find a way to stop it from continuing.  “Zoo” is a Michael Crichton type of novel in the fold of “Jurassic Park” but much more believable, because the animals are not extinct.  The novel races along with a final ending that is realistic and logical.  “Zoo” is a total departure from the usual mystery novels these two authors are known for and is a frightening look at how technology has gone wrong.  Fans of the CBS mini series will want to read the novel “Zoo” to see how close the series is to the book. 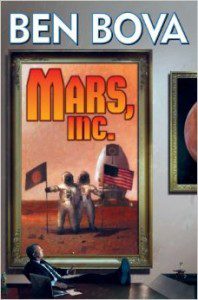 “Mars, Inc.: The Billionaire’s Club” blasts off in a realistic plot that is a first class science fiction thrill ride. Art Thrasher a very wealthy man, has a very low opinion of anything that government does. He decides that private enterprise can do a much better job of sending a manned mission to Mars than NASA. He decides to enlist the aid of several billionaires to fund a private mission to the red planet. Along the way he has to deal with sabotage of the mission, government red tape, finding a launch site and lots more in a wonderful story of the near future.  Bova is one of the best writers of science fiction and “Mars, Inc.: The Billionaire’s Club” is a perfect example of why.

You Can’t Sink A Rainbow 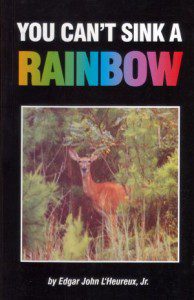 Edgar L’Herueux Jr. has written a charming novel filled with memorable characters who come alive as the story moves along.  The author sets up conflicts of a father and daughter who don’t see eye to eye on the issue of some undeveloped land in Central Florida, and the environmentalist versus the developer that are believable and realistically played out. The author is a master wordsmith with his story and its players.  “Sam an aging Golden Retriever lifted his head from his paws for a drowsy inspection of the trapeze chatter.  The bluejay was soon safe and daybreak quite was restored. Sam stayed awake just long enough to observe what he could view of Sabal Palm Landing without awakening any devout slumber muscles.  “Then he plopped his shaggy head back down on his head back down on his front paws and returned to canine dreamland.” The story is  timely and L’Heureux’s writing ranks in the class of a John Cheever or John Updike novel ”You Can’t Sink A Rainbow” is a great read for anyone who cares about protecting the areas of the state where we can all still fish and go boating. 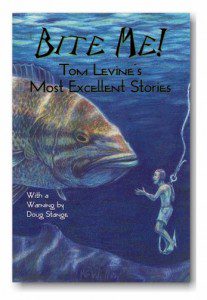 Bite me! is filled with tales of fishing by a great Floridian who tells it like it is. Doug Strange editor in chief of In-Fisherman Publications in the forward has a keen eye of who and what Levine is.  “By all accounts, an unusual life it has been.  World traveler, indeed explorer. Poor-man’s politician: The man who ran for mayor of Orlando without a dime in his coffers. Will be mayor for food his campaign pledge.  Mostly though, just a man who has an unusual take on the most usual things in life, especially, things having to do with the outdoors….Levine’s stories are a curious and invigorating deviation from the status quo, for he freely travels on paper where others would not-could not go…he writes with enthusiasm, offering his unusual take on events in life as it unfolds around him.”  The writing is like the man, offbeat and fun to read.  Levine has a very interesting slant on fishing and anything dealing with the world of nature.  At times the pieces will make you laugh out loud, while others make you think.  All are charming pieces by a master storyteller who has finally found his niche.

Bass Fishing in Outer Space and other stories 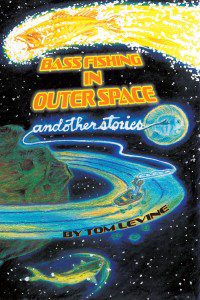