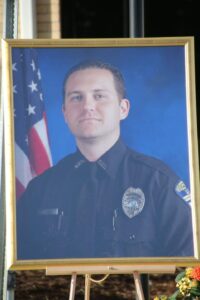 On Sunday, August 29th, U.S. Representative Val Demings hosted a ceremony to rededicate the Windermere Post Office in honor of Officer Robert German. Federal legislation for the renaming was previously introduced by Rep. Demings and passed by Congress and signed into law by President Donald Trump.

“Officer Robert German was known for his service and commitment. He turned down other jobs to stay in the community he loved. In 2014 he was tragically shot and killed in the line of duty. Today, our legislation to rename the Windermere Post Office in his honor came to fruition,” Congresswoman Demings said.


Officer German graduated from Lake Mary High School in 2001 before attending South Georgia College.  After college, he returned to Central Florida where he worked in airport operations before pursuing his dream of serving the public through law enforcement.  Upon his graduation in 2007 from the Seminole State College Law Enforcement Academy, he chose to serve Windermere, where he believed the small police force and tight-knit community would provide the opportunity to develop personal relationships with his colleagues and residents. 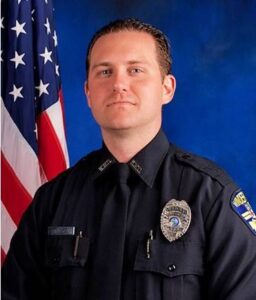 On November 13, 2019, legislation to dedicate the Windermere Post Office to Robert German was introduced by Congresswoman Demings. It was signed into law by President Donald Trump on December 17, 2020. Public Law 116-219 designated the facility of the United States Postal Service located at 9300 Conroy Windermere Road in Windermere Florida, as the Officer Robert German Post Office Building. Rep. Demings’ legislation was cosponsored by every member of the Florida Congressional delegation.

“He served Windermere honorably for five years, turning down other opportunities in order to stay in the community he loved,” Rep. Demings said. “I believed that it was fitting for his sacrifice and his love for Windermere to be recognized.”