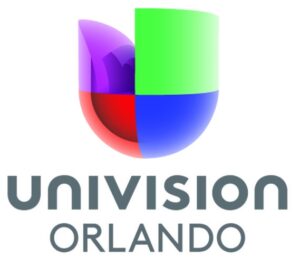 Univision Communications Inc., the leading Spanish-language content and media company in the U.S., today announced the expansion of its local media division with the addition of Orlando, Tampa and Washington D.C. to its list of owned and operated station group. The stations are currently operated by Entravision Communications, whose licensing agreement with Univision concludes on December 31, 2021. Starting January 1st, 2022, Univision will assume operations of the affiliate stations. The move marks Univision’s continued transformation to become the largest Spanish-language media company in the world.


Univision has tapped longtime local media executive Eddy Elguezabal, to serve as President and General Manager of Univision Orlando and Univision Tampa. An industry veteran, Elguezabal has over 30 years of experience in the broadcast media industry. He most recently led all operations at Univision’s Atlanta, Philadelphia, and Raleigh stations. He has won multiple Emmys throughout his career and was recently inducted into the Silver Circle at the Southeast EMMYs, which recognizes outstanding individuals who have devoted a quarter (Silver) of a century or more to the television industry and have made a significant contribution to television broadcasting.

“Our local stations are the ties that bind us to our community, and they continue to be an integral part of our business as we transform to meet the evolving needs of our audience. Our goal is to serve Spanish-language audiences in these three pivotal cities with information that matters, is useful to their lives, and is tailored to their preferred platforms,” said Diane Kniowski, Chief Local Media Officer, Univision. “We’re thrilled to have Eddy at the helm of the Florida stations. His experience in growing our stations in Atlanta, Philadelphia, and Raleigh, which has led to great success, will be a tremendous asset to the team.  We also thank Entravision for their long-standing partnership and we look forward to continuing to work with them to bring Univision content to other cities across the country.”

“I am thrilled to return home to the Sunshine State to shepherd the Orlando and Tampa stations into the future by delivering best-in-class content across all our platforms and partnering with local leaders to continue to serve our Latino community,” added Elguezabal. “I’m confident that we will build on Univision’s trusted reputation of informing and empowering our audience with the vital information they need to make decisions for their families.”

Additional announcements about news, content and programming details for each station, including the appointment of the president and general manager for Washington D.C., will be made in the coming months.