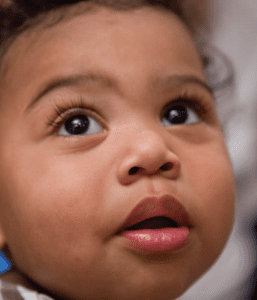 A staggering 2.5 million children are now homeless each year in America, according to a new report released Monday, by the National Center on Family Homelessness. This historic high represents one in every 30 children in the United States.

Child homelessness increased in 31 states and the District of Columbia from 2012 to 2013.  Children are homeless in every city, county, and state  – every part of the country.

Based on a calculation using the most recent U.S. Department of Education’s count of homeless children in U.S. public schools and on 2013 U.S. Census data, the report found:

From 2012 to 2013, the number of children experiencing homelessness annually in the U.S.:

According to the report, major causes of homelessness for children in the U.S. include, the nation’s high poverty rate, lack of affordable housing, continuing impacts of the Great Recession, racial disparities and the challenge of single parenting.

The authors of the report note the devastating impacts of homelessness on children and suggest that effective responses must include, safe affordable housing, education and employment opportunities, services that incorporate trauma-informed care, parenting supports for mothers and comprehensive needs assessments of all family members.

“The federal government has made concerted efforts to reduce homelessness among chronically homeless individuals and veterans…but children and families have not received the same attention – and their numbers are growing,” the authors state. “Without decisive action and the allocation of sufficient resources, the nation will fail to reach the stated federal goal of ending family homelessness by 2020, and child homelessness may result in a Third World in America.”