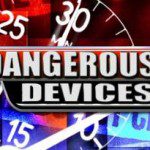 Four suspicious devices found near the Waterford Lakes Town Center early on Tuesday morning, have been rendered safe, according to the Orange County Sheriff’s Office.

The OCSO bomb squad was called to investigate four devices found behind the Best Buy department store.   A nearby daycare which has 60 children had to be evacuated according to OCSO and deputies have closed Alafaya Trail to traffic.

Initially, the bomb squad cleared two of the devices found and then the remaining two.

Orange County Sheriff Jerry Demings said, the devices have wires coming out and asked people to shelter indoors.  If you see something, say something, he reminded.

The Orange County Sheriff’s Office also said, it is too early to say if the devices are a copycat of the Boston bombings.