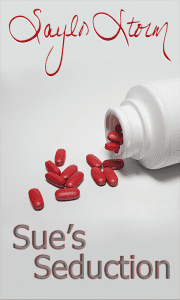 Sue’s Seduction” reminded me of several themes in “Star Trek.” From “Star Trek The Next Generation” episode “Too Short A Season” where Admiral Mark Jameson takes a potion that reverses the aging process and from original “Star Trek Mud’s Women,” where women take a pill that makes them beautiful.  “Sue’s Seduction” incorporates both of these themes when 55-year-old Susan Kent decides to participate in an experimental medical program where she takes a pill for three years.  She finds that she is reversing the aging process and becoming more beautiful and much healthier the longer she stays with the program.  There is also a darker side where she is much more adventurous in her sexuality and the world of drugs.  “Sue’s Seduction” has a steady pace that takes the reader along to the final cliff hanger ending that ensures there will be a sequel, but there is something else that makes this novel so much fun to read.  At the beginning of each chapter there are little bits of trivia that are also fun to learn.  “Sue’s Seduction” is a great summer read. 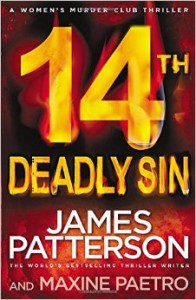 Detective Lindsay Boxer has one of her toughest cases to solve because the perpetrators are dressed as cops in “14th Deadly Sin,” the newest installment of the Women’s Murder Club.  Lindsay must determine if they are impersonators or real cops committing many different crimes, as well as figure out why on one of the member’s birthdays each year there is a murder that remains unsolved.  She begins to wonder if there is a connection.  “14thDeadly Sin,” like the other novels in the series, is rapidly paced to its final conclusion.  The plot has many twists and turns to keep readers turning pages until the end.  “14th Deadly Sin” is a great addition to this popular series. 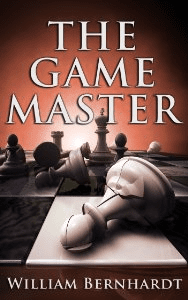 Known for his legal thrillers, Bernhardt tells an entirely different tale with “The Game Master.  As the novel begins there is a murder of a scientist and a woman is kidnapped. BB The Game Master finds that the woman is his daughter who has been kidnapped by someone who wants to play a new kind of game with him.  He and his ex-wife travel around the world picking up clues like a scavenger hunt that also plays out like different games including poker, monopoly, and several others that are part of the clues.  Also there is a national crisis, that ties into the search for BBs’ daughter.  Like his legal thrillers Berhardt fills the story with suspenseful situations and a story that moves along very quickly to its final revealing ending. “The Game Master” is a tense nail-biting thriller that has so many different levels of entertainment. 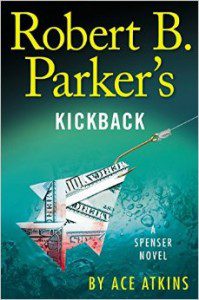 Atkins took over the series of Parker Spenser books with ‘Lullaby” showing that he was a very good choice to continue the novels but “Kickback” is the best and closest to Parker that Atkins has done so far.  Spenser, Hawk, and Susan are back in a very fast paced story that shows the dangers the internet can cause to a person.  A seventeen year old boy posts a tweet that lands him in prison.  Spenser is hired by the boy’s mother to find out why her son has been punished so severely.  Spenser finds there is a crooked cop, judge and other public officials in the small town the boy resides in. The story races along with snappy dialogue, interesting characters, and many twists and turns that include a road trip for Spenser and Hawk to Tampa Florida that make “Kickback” one of the best of the many Spenser titles. 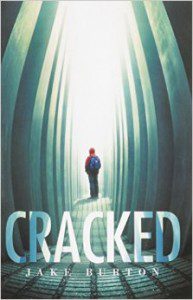 Joshua Banks begins in his French class a journey that will change his life forever.  What he thought was dreaming in the course is a revealing excursion into a dimension he had only thought was a rumor.  He encounters an old man who tells him many interesting things including that he knows the path in life Joshua will take but is not allowed to tell Joshua.  He also learns many things about his father’s death at an early age.  The author who is a student at The University of Central Florida has written a very polished fascinating tale of how a person questions all they had known   “Cracked” is an attention-grabbing first novel.