Study Shows Incidence of Parkinson’s Disease in U.S. is 50% Higher than Previous Estimates

A new study reveals that the annual incidence of Parkinson’s disease (PD) among older adults is 50% higher than previous estimates of 60,000 diagnoses annually. The peer-reviewed study, which measured new cases of PD, or the number of people diagnosed with PD per year, was published in the scientific journal npj Parkinson’s Disease on Dec. 15, 2022. 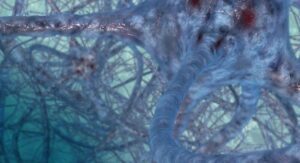 The key findings include:

“These updated estimates of incidence are necessary for understanding disease risk, planning health care delivery, and addressing care disparities,” said James Beck, PhD, co-author of the study and chief scientific officer at the Parkinson’s Foundation. “Knowing this information will allow us to better serve people with Parkinson’s and their families and plan for adequate health care services in the future.”

This study is the most comprehensive assessment of Parkinson’s incidence in North America based on five epidemiological cohorts to count the number diagnosed in 2012. Prior PD incidence rates, based on smaller studies, were estimated to be in the 40,000 – 60,000 range per year. The new incidence rate is 1.5 times higher at nearly 90,000 cases annually. The primary risk factor for PD is age and the increase in the incidence of PD aligns with the growth of an aging population.

“Unique to this study, we found that PD incidence estimates have varied for many reasons, including how cases are identified and the geographic location of the study,” said Allison Willis, MD, lead author of the study and associate professor of Neurology in the Perelman School of Medicine at the University of Pennsylvania. “The persistence of the Parkinson’s disease belt in the U.S. might be due to population, health care or environmental factors. Understanding the source of these variations will be important for health care policy, research and care planning.”

The study was supported by the Parkinson’s Foundation and The Michael J. Fox Foundation for Parkinson’s Research, as well as the Institute for Clinical Evaluative Sciences.

“The growth in those diagnosed and living with PD underscores the need to invest in more research toward better treatments, a cure, and one day, prevention,” said Brian Fiske, PhD, co-author of the study and chief scientific officer at MJFF. “It’s also a clear call to lawmakers to implement policies that will lessen the burden of Parkinson’s disease on American families and programs like Medicare and Social Security.”

Results from the study could help inform recruitment strategies for research studies and guide what types of individuals to enroll and where. They may also shed light on Parkinson’s “hot spots” where more resources might be needed — whether it is a registry for researchers to analyze critical data or programs and services to support people and families living with PD. A clearer understanding of the incidence of PD in the U.S. helps organizations, researchers and care teams adapt to the evolving needs of the PD community and could serve as a framework for a global assessment of the disease.

The Parkinson’s Foundation formed the Parkinson’s Prevalence Project to calculate an accurate estimate of the prevalence (a measurement of all individuals affected by the disease at a given point in time). The study estimated that 930,000 people in the U.S. would be living with PD by the year 2020 and this number is expected to rise to 1.2 million by 2030. In addition, a previous study backed by MJFF and a handful of partners revealed the economic burden of PD in the U.S. The study showed that PD costs the U.S. $52 billion every year and will cost $80 billion annually by 2037.

The Parkinson’s Foundation makes life better for people with Parkinson’s disease by improving care and advancing research toward a cure.