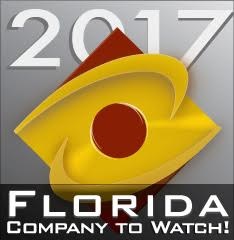 Sorensen Moving and Storage is among 50 statewide companies expected to see significant growth over the next several years. Sorensen was selected from more than 500 nominees for Florida Companies to Watch, a statewide program managed by economic development group GrowFL, in association with the Edward Lowe Foundation. For the past 60 years, Sorensen has provided affordable moving and storage services to the Brevard and Orlando areas.


Sorensen Moving and Storage’s strong financial growth, management team, competitive market position and active community involvement were among several factors that put them in contention for the award.

“Sorensen Moving and Storage is humbled and honored to have been named a finalist for this prestigious award,” said President Christopher Sorensen. “Over the years, we’ve seen other great organizations be recognized by GrowFL, so we are very proud to be in consideration with so many other exceptional companies. Our recent success is truly a testament to the hard work and dedication that our team brings day in and day out. It’s exciting to be part of an organization that, while being over 60 years old, are finding new and innovative ways to diversify to better serve our clients and markets, and ultimately continue to grow the Sorensen brand.”

Those selected as winners have generated a combined revenue of over $390 million in total annual revenue, have seen a 47% increase in annual revenue in 2016 compared to 2015, have employed 1,948 full-time equivalent employees in 2016 resulting in a 48% increase of employees from 2015 to 2016, and have 693 net new jobs projected for 2017. These companies project continued growth in 2017, with a 53 percent revenue increase and 36 percent growth in employment compared to 2016. If their projections hold, these companies will have generated $1.6 billion in revenue and added more than 2,000 jobs over the last five years — a 262 percent increase in revenue and 333 percent increase in jobs since 2013.

Sorensen and eight other Space Coast companies have been official named a winner in GrowFL’s 2017 Companies to Watch For. The ceremony will be held on Saturday, October 14, 2017 at the Straz Center in Tampa.

Level Up Your Earth Day With Lessons from 2020