You are here: Home / Public Services / What You Didn’t Know About Florida’s DCF (Dept of Children and Families) 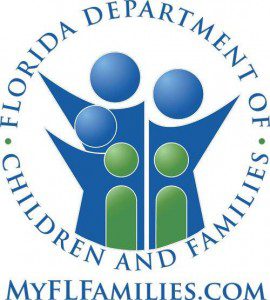 From the  John F. Kennedy School of Government at Harvard University

Taking direction from legislators in the wake of the welfare reform debates of the 1990s, the Florida Department of Children and Families (DCF) conducted an internal self-examination of the state’s public assistance service delivery model. The survey concluded that the existing eligibility determination process was far too labor-intensive, inefficient, and burdened with unnecessarily complex regulations. It also found that the process demanded too much time from its customers and was overly intrusive on their privacy.

In response to these findings, the department began a drastic overhaul of their delivery model in 2003. It successfully lobbied for waivers of federal aid policy to allow for a more streamlined eligibility determination process.

The new DCF model—Automated Community Connection to Economic Self-Sufficiency (ACCESS) Florida—uses streamlined workflows, policy simplification, technology innovations, and partnerships with over 2600 community organizations to increase efficiency and promote self-service and independence among clients. After decades of bureaucratic excess that wasted the time of both applicants and civil servants, ACCESS puts a premium on enabling its clients to take responsibility for their own applications, while making it substantially easier to successfully apply for and obtain benefits.

Now, all Florida residents applying for and receiving Medicaid, Food Stamps, Temporary Assistance for Needy Families, and Refugee Assistance can take advantage of the ACCESS system. In 2005, the state had developed a Web-based system for submitting applications. By 2006, 88 percent of requests were managed electronically, benefiting from 24/7 access, e-signature capability, and three customer call centers dedicated to facilitate the process. Since many lower-income clients lack home computers and easy access to the Internet, the DCF teamed up with a wide variety of community partners—including hospitals, community centers, libraries, and food banks—to provide more opportunities for citizens to connect to the ACCESS Florida system.

ACCESS Florida has demonstrated remarkable results. ACCESS has saved the state of Florida over $83 million per year in administrative costs. Over 98 percent of applications are processed within federal time standards, and feedback from customers has been very positive. In addition, the DCF has made it a priority to assist other jurisdictions with replicating the system, which may eventually lead to a nationwide reduction in social service overheads.

***More About: The Government Innovators Network was developed by the Roy and Lila Ash Center for Democratic Governance and Innovation at the John F. Kennedy School of Government at Harvard University. The Ash Center fosters excellence in government around the world in order to generate and strengthen democracy. Through its research, publications, curriculum support, and Global Network, the Ash Center explores critical issues in democratic practice and effective governance.