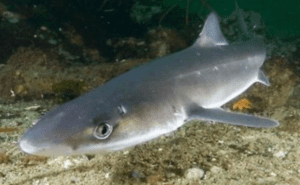 Last week, the U.S. Senate unanimously passed H.R. 4528, a bill introduced by Congressman Darren Soto to limit sales and end export loopholes of commercially fished billfish like marlins, sailfish and sword fish from Hawaii and Samoa, while also establishing rulemaking authority to the National Oceanic and Atmospheric Administration (NOAA) to stop finning of dogfish, a type of shark. H.R .4528 now heads to the President’s desk for final signature and is set to become law with bipartisan congressional support and endorsement by a coalition of conservation and sportsman and anglers groups.

“We’re grateful to have received overwhelming congressional and external support for our legislation to help protect sharks and billfish. These creatures are fundamental to recreational fishing in parts of Florida, but they are often exploited by commercial fishing, that’s why we must do our part to protect them,” said Rep. Soto. “Thank you to Senator Bill Nelson for leading our legislation in the Senate. As most Floridians, Team Soto members are passionate about our wildlife. We are pleased that this legislation is set to become law, and right on time for Shark Week!”


H.R. 4528 is the House companion to S. 396, and identical bill introduced by Florida Senator Bill Nelson, which passed the U.S. Senate under unanimous consent.

Under current law, billfish caught by U.S. fishing vessels that land in Hawaii or Pacific Insular Areas (American Samoa, Baker Island, Guam, Howland Island, Jarvis Island, Johnston Atoll, Kingman Reef, Midway Island, the Northern Mariana Islands, Palmyra Atoll, and Wake Island) may be sold and exported to non-U.S. markets or transported to other U.S. markets. H.R. 4528 amends the Billfish Conservation Act of 2012 and now requires billfish caught by U.S. vessels that land in Hawaii or Pacific Insular Areas to be retained for sale in those areas. This legislation strikes a balance between preserving traditional cultural fishing in these areas and the overall intent to prevent large-scale commercial fishing of these billfish.

Moreover, the bill clarifies that there is no language in the Shark Conservation Act (SCA) of 2010 that alters existing authority of the Secretary of Commerce to manage Atlantic highly migratory species under the Magnuson-Stevens Act. It also cleans up language in the SCA by removing an expired offset. The main goal of this fix is to ensure protection against shark finning.

In just his first term in office, Congressman Soto has now successfully passed 4 bills out of the 115th Congress that have or are set to become law, and passed 42 amendments in the U.S. House of Representatives.