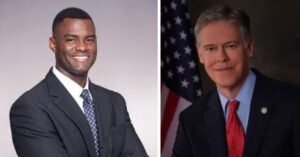 “Markenzy Lapointe and Roger Handberg have served their communities and country with distinction,” said Senator Rubio. “The president made the right decision by naming them to these important posts and I am happy the Senate confirmed them. I expect both will respect the Constitution and uphold the rule of law without fear or favor.”

Both Lapointe and Handberg were recommended by Rubio’s bipartisan judicial advisory commission. Senator Rubio had previously signaled his support for Lapointe in February 2021 and commended President Biden’s nomination of the two in September.

The positions are for a four year term.