The bill now heads to the U.S. House of Representatives for consideration. The bipartisan legislation responds to the ongoing human rights crisis occurring under the Kim Jong-un regime by reauthorizing the North Korean Human Rights Act of 2004 for an additional five years. 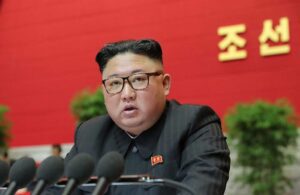 “The United States must always stand up against the poison of totalitarianism, which continues to inflict horrific suffering on the North Korean people. The House of Representatives should take up this bill immediately to provide much-needed relief to those who are forced to live under Kim’s cruel regime,” said Senator Rubio.

The North Korean Human Rights Act was first passed in 2004 following international outcry over the treatment of North Koreans under the regime of Kim Jong-il. Under Jong-il’s successor and son, Kim Jong-un, the human rights crisis has continued to unravel, as the regime limits food supplies, forces its citizens into slave labor, restricts outside media access, and seeks the forceful repatriation of North Korean refugees.

“The ongoing abuses being committed by the North Korean regime are a direct affront to the values enshrined in the Universal Declaration of Human Rights. With today’s Senate passage of this bipartisan legislation, we reaffirm our support for the North Korean people, who continue to have their most basic freedoms denied,” Senator Kaine said last month.

S. 4216 would authorize the appropriation of $10 million each year over the 2023-2027 period for ongoing programs managed by the Department of State, the U.S. Agency for International Development, and the U.S. Agency for Global Media to improve access to information in North Korea, promote democracy and human rights in that country, and provide humanitarian assistance to North Korean refugees. The bill also would authorize the Administration to sanction individuals who force North Korean refugees to return to North Korea. Lastly, S. 4216 would require reports to the Congress on the implementation of the bill and related matters.