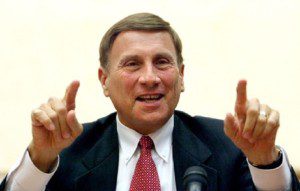 Kris Hammond, an elected delegate to the 2016 GOP convention who also is a member of #NeverTrump, tweeted news of Mica’s love for Trump. “Rep. John Mica says ‘I love Trump,’ then says joking but open to supporting,” Hammond tweeted. “Likes his immigration stand & business cred.”

Democrats are jumping all over Mica’s praise for Trump and Trump’s immigration positions, with the Democratic Congressional Campaign Committee asking “which one of his cruel positions does Mica like the most?”

“Congressman John Mica had an anti-immigrant record long before Donald Trump was thinking of running for president,” said Javier Gamboa of DCCC. “By saying that he likes Donald Trump’s anti-immigrant policies, Mica is once again turning his back to the Latino community he’s supposed to represent. Central Florida is strong because of the contributions of so many hardworking immigrant families, and Congressman Mica continues to expose just how out of touch he is with families in Central Florida.”

Following Florida’s congressional redistricting, Mica’s seat is no longer a safe haven for Republicans. As a result, his statement on Trump expresses what Democrats call “a callous disregard for the enhanced diversity and competitive status of his Central Florida seat.”

“Does he likes the idea of separating and deporting millions of hardworking immigrant families?” the DCCC asked. “Does he think building an expensive and unrealistic wall on our Southern Border is a good idea? Or does he believe that Latinos are drug dealers, criminals and rapists?”

There is no doubt immigration will become a hot-button issue in Mica’s re-election this year. The DCCC also provided examples showing how Mica is out of touch with his new district on the issue of immigration: 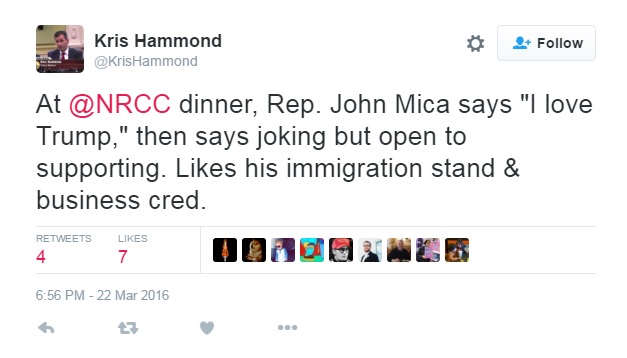