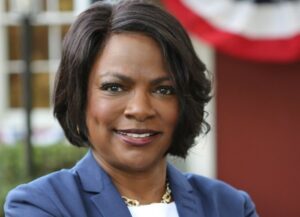 Orlando Representative Val Demings, who is running for Senate against Republican Senator Marco Rubio, recently highlighted $53 million for bridge repair and traveler safety and $42 million for electric vehicle infrastructure coming to Florida through competitive grants funded by the Infrastructure Investment and Jobs Act. Rep. Demings helped pass the legislation through Congress and is campaigning on it.

“When we invest in middle class America, when we invest in people who have to go to work every day, America does better,” said Rep. Demings. “Every Floridian should be able to get where they need to go safely and quickly.”


Over the last year the bipartisan infrastructure law has enabled thousands of infrastructure projects around the country, including: repairs on over 2,400 bridges nationwide,$70 million for projects in Florida to mitigate flooding during extreme weather, and over 11,000 projects to improve driver, cyclist, and pedestrian safety.

“459 bridges in Florida are rated ‘structurally deficient’ and over a thousand need repairs,” Rep. Demings said. “Here in the greatest nation on earth we should not have any bridges that are unsafe and risk the lives of the public. This new funding will create thousands of jobs here in Florida repairing unsafe bridges and growing American manufacturing.”

The American Society of Civil Engineers gave Florida a C grade on its infrastructure report card. This legislation includes around $550 billion in new federal investment in America’s roads and bridges, water infrastructure, resilience, internet, and more. These investments will add, on average, around 2 million jobs per year over the course of the decade. The bipartisan Infrastructure Investment and Jobs Act includes:

“With more than half of American car sales predicted to be electric within eight years, it’s critical that we built a transportation network that is efficient and reliable so that every Floridian, including those in rural areas, will have the freedom to buy the kind of vehicle they want and to know that our infrastructure will be ready to support them,” added Rep. Demings. “I’m proud to have joined with Republicans and Democrats to pass this bipartisan law and will keep fighting for Florida families.”