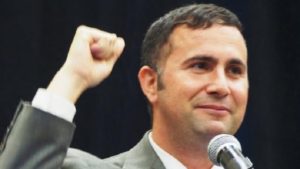 U.S. Representative Soto was pleased to announce the passage of legislation that will add two additional Hurricane Hunter aircraft to the National Oceanic and Atmospheric Administration’s (NOAA) fleet. The provision was included in the Weather Research and Forecasting Innovation Act of 2017. Congressman Soto worked closely with Senator Bill Nelson to include the language in the bill (Section 413 – Ensuring the Reliability of Our Hurricane Hunter Aircraft Act). The provision is based on Congressman Soto’s own Hurricane Hunter bill, H.R. 1008.

“These planes, and the pilots who fly them, are critical to gathering the data we need to accurately forecast and protect Floridians from the powerful storms that too often strike our state. This capability is essential to our ability to respond to weather emergencies,” Congressman Soto said. “I applaud Senator Bill Nelson for his leadership in the U.S. Senate on this potentially life-saving legislation.”