Regina Hill Confirms That Her Daughter Was “Murdered” 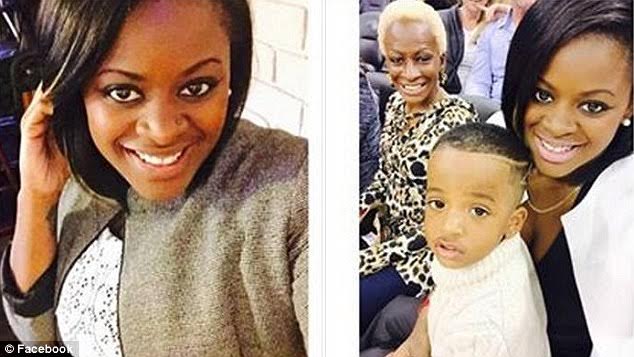 Orlando City Commissioner Regina Hill has confirmed her daughter Arvonni DeBose was murdered last August in Tallahassee and she’s asking for help to track down and convict those responsible. In a message posted on social media, Commissioner Hill began her plea saying “I post this with hesitation and regret.” The Commissioner then disclosed several new public details about her  daughter’s death.

“Now that it’s been identified that my daughter (Arvonni) life was taken at the hands of someone else and she had ZERO substances (DRUGS) in her system ?#?Crickets?. Why not A Story?” Commissioner Hill posted. “Also She went to seek help at a medical facility by her being abused and was sent home to die Without proper treatment. I’m sadden this isn’t a story they haven’t chosen to reach out to me and report to assist to convict the culprit and those who were negligent.”

When reached for comment this morning in the ongoing case, the Tallahassee Police Department could not confirm nor deny the information. “We are currently working the case in an open and active investigation,” Officer David Northway said. “The detective assigned to the case is currently following all leads and interviewing all witnesses.”

Tallahassee police have been investigating the case since August, but the investigation remains ongoing. For months, Tallahassee police have called the Arvonni DeBose incident an “unattended death,” which means she was in good health before she died, but details surrounding the case have been limited publicly. The autopsy has apparently been completed, according to Commissioner’s Hill post.

“Well I’ve been quiet for months since Arvonni death and awaited the autopsy,” Commissioner Hill said. “The results are in!”

It is an overwhelmingly sad situation for Commissioner Hill, who has been attempting to juggle her city duties while waiting for answers or a break in the case. Commissioner Hill has assumed care of her grandson, Arvonni DeBose’s son. Right now, Commissioner Hill is pleading for media assistance, specifically TV media, to spread the new facts surrounding her daughter’s death.

“I ?#?Plea? with you to assist me with telling how my daughter died and seek justice for her son,” Commissioner Hill posted.

If anyone has information about Arvonni DeBose’s death, please contact the Tallahassee Police Department‘s Violent Crime Unit by calling 850-891-4200.