The opportunity for victory is provided by the enemy.

Have you ever had someone to take a chance on you? 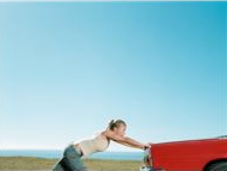 Nearly twenty-five years ago, through no fault of my own, I was unemployed. Terrified, I applied for unemployment, purchased a word processor, and started typing and mailing hundreds of resumes. America was in the cusp of a brutal economy then, and like now, few companies were hiring. Scared organizations would not be interested in hiring an “over the hill” person like me. At the time, was thirty-one years old.

Applied for an entry level position at a “progressive” company.

Way to go, Andrea. Knew in my heart I was going to get that job!

Oops—-Houston, we got a problem.

Have you ever “passed the smell test” yet did not get the spoils?

Collectively, everyone who interviewed me agreed that I was an awesome candidate, however, everyone felt that I was “too good” for the job (detect some sarcasm).

Throughout the hiring hierarchy of this “progressive” company, everyone who conducted the interviews was white with the exception of one lone person who, unbeknownst to me, fought vigorously with management because she objected to their subjective perceptions about me. This stalwart vehemently pointed out that I had “played by the rules” and “earned” the right to be hired for that position!

In other words, against great political risk, backlash, and the probability of falling out of corporate’s grace, Jackie Ireland courageously laid her career on the line for an unknown commodity—-me. Imagine, a stranger personifying a “profile in courage” when she really did not have to. Imagine this “Rosa Parks“soldier vociferously fighting for justice when others would have acquiesced and quietly bowed to the unjust whims of the status quo.

The adage “association brings about assimilation” is so true. One of the residual effects of Jackie becoming my supervisor was listening to her “pushy” and unorthodox language. Found myself listening to business principles that were foreign to me. Her dialogue always intrigued me because she was the first woman that I had ever met who advocated for women-owned businesses.

Quickly learned who was really “stuck on stupid”—-and it was me!

Like most women, was “programmed” to think that a teaching job or finding a man was a woman’s ultimate utopia, fate, and destiny. Heck, not Jackie! Her eclectic personality and “gung ho” philosophy was intoxicatingly refreshing as she “pushed” and inspired ambitious and smart women like me to leave the confines and constraints of a job. Somehow, she felt that each of us could emulate, imitate, and duplicate Madam C.J. Walker’s brilliant business model, quest, and success.

Everyone within the hiring hierarchy of this “progressive” company was right. I was “too good” for that position (detect a hint of cynicism) and within months set my sights on another position that was becoming available within the Human Resources Department.

Oops—-Houston, we got another problem!

Seemingly, everyone again thought that I was “too good” (been down this road before) for this position and was doggedly determined to thwart me from getting it. Unfortunately, did not have the safety net of a “Rosa Parks” to act as my ombudsman because Jackie had left the company. So, the devil’s advocates felt at liberty to wield their satanic powers and agenda to derail and undermine me. On their first attempt, they won. However, with the passage of time, justice prevailed and on my second attempt, I finally succeeded.

It is worth noting that even though the terms and conditions of the job remained the same, I did not receive the same pay as my “white” predecessor!

Though Jackie was pleased with her protégé’s corporate success she annoyingly kept “pushing.” Like a pied piper, she kept sowing seeds into my spirit regarding ownership. Intentionally forced myself to become oblivious to all of her unrequested and repeated suggestions and inferences. Unlike Jackie, I was fiercely determined to hunker down in corporate America with the goal and illusions of “crashing the glass ceiling!”

Wanted to sorely prove that in spite of blatant “isms” I could move on to the next level of corporate life!

However, Jackie’s radar was accurate. She instinctively knew that one day I would reach my “diminished capacity” at the company as she was acutely aware and cognizant that I was surrounded by “Machiavellian jackasses.” She correctly surmised that my cadre of abilities, talents, skills, gifts, and untapped potential would not fully be utilized, appreciated, nurtured, or rewarded in a universe filled with vipers, cobras, and rattlers! Finally, she knew that once the time was ripe, my doubts, skepticisms, and blinders would rapidly dissipate and I would come to terms with the inevitable—-that I had been preordained to discover another path in life.

In spite of the insurmountable hurdles that I had to “jump” through at corporate, I remained vigilant and so determined to soar. Kept noticing, however, that my peers were able to easily take the “elevator” to success while I had to frequently take the “stairs.”

So, as Jackie had predicted, corporate life had begun to lose its luster as each day I grew weary from the constant grind of having to prove, fight, and justify my existence, fairness, and my worth. Quickly became disillusioned and disgusted from the blatant injustices, cruel dual standards, and double-speak. My enthusiasm was irrevocably broken! My hopes and dreams for a corporate life had ended!

Put aside the ghosts of negativity and the “shackles off my thinking” and dove into “entrepreneurship.” Just celebrated my eighth anniversary of existence and been “wealthy” every since!

Don’t misunderstand. I am not independently “wealthy” in the context of dollars and cents. However, by God placing Jackie into my life, I have reconsidered the axioms regarding work choices, careers, titles, and status and learned that none of them are important. Learned from Jackie that the purpose of working is not to “make money” or “get rich,” but rather to secure an existence that is harmonious with one’s deepest beliefs! Learned that success has different meanings at different ages and stages of life. Learned that what’s really important is finding and keeping adequate space for love. Finally, learned from her the “doughnuts” theory—-there are folks with a lot of “dough” but they are totally “nuts.”

Thanks, Jackie, for “pushing” me to live passionately for today and purposefully for tomorrow!