A map of a proposed Puerto Rico National Rail Network is getting a lot of reactions in Puerto Rico and in Puerto Rican communities in the United States, including Florida. Here it is: 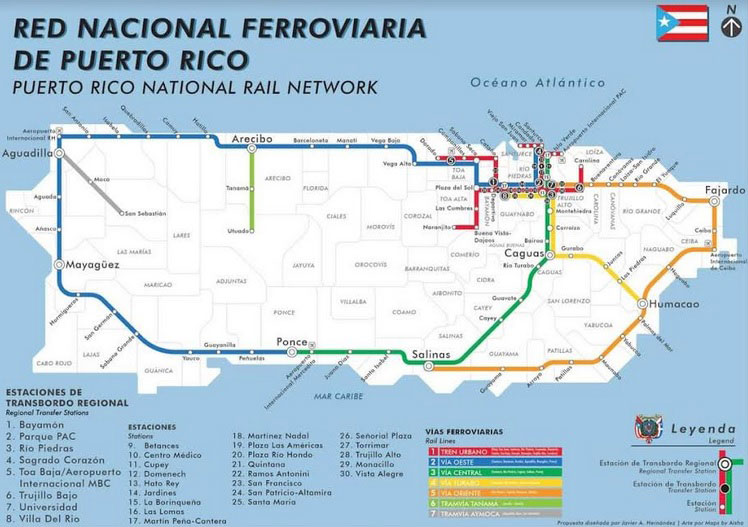 The map, developed by author Javier Hernandez, details an integrated multi rail commuter train network that would connect all major cities and various towns in Puerto Rico. For  Puerto Rican supporters of the idea, the proposed national rail map is a symbol of what Puerto Rico can be and can accomplish with freedom, sovereignty and economic development. Similar messages have been used in the United States to promote better transportation options.

Supporters calling for a Puerto Rico National Rail Network say the time has come to finally establish a stronger national economy and this is the way to accomplish that.