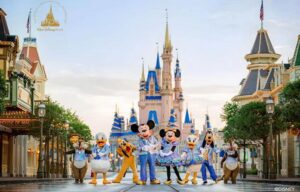 Walt Disney World is raising prices for 1-day tickets for most Orlando theme parks at a time when many families are still struggling with inflation and deciding where to cut back. The current price for a 1-day, 1-park ticket is between $109 and $159.

But beginning December 8th, a 1-day ticket for a specific date and specific Disney World park will range from:


Clearly, Disney believes demand for travel to their Orlando theme parks remains strong and aims to deliver the best guest experience possible. It doesn’t appear that the Central Florida tourism industry or local elected officials are planning for impacts from inflation and high costs to hit our economy, despite some predictions from economists.