The Orlando Police Department is crediting “excellent teamwork” by the West Property Crimes Detectives and Central Patrol Division’s Parramore Bikes Unit for another drug and gun bust. Recently, police executed a search warrant at a residence on Westmoreland Drive. Here’s what was recovered: 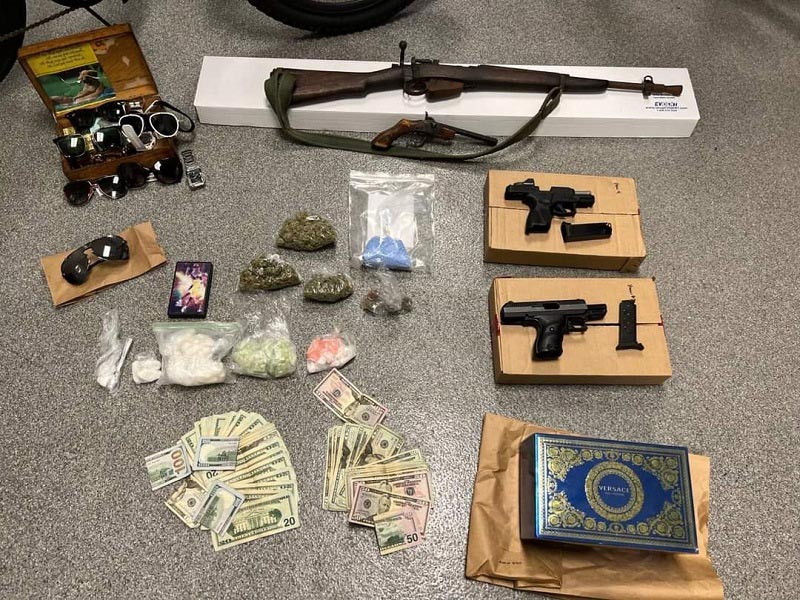 According to OPD, a total of six arrests were made. Officers recovered a plethora of stolen property including construction equipment, bicycles, clothing, and high-end sunglasses (Prada, Gucci, Versace) worth approximately $4000, and police seized over 400g of MDMA, 85g of other drugs, $2000 in cash, and four firearms.

This was another operation trying to make Orlando neighborhoods safer, as crime and guns continue to be major concerns for residents.