Recently, the Orlando Police Department’s Parramore Bike Unit was on the beat and conducted a traffic stop in the area of Central Patrol.

The Orlando traffic stop revealed a stolen gun and illegal narcotics, which included trafficking amounts of MDMA. Here’s a photo of what local police seized: 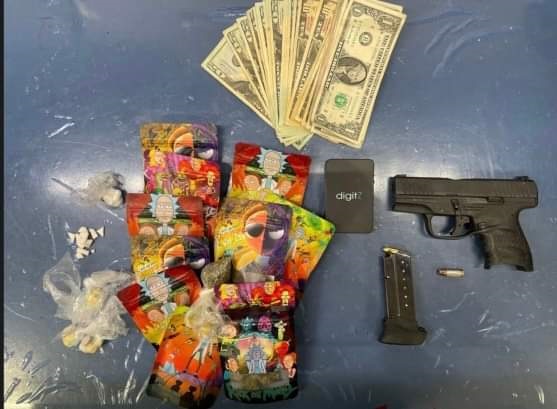 With drugs and crime remaining a local problem in Orlando and around downtown, police continue to work with the community to make our city safer. Did you know that now you can simply dial **8477 to give a tip to Central Florida Crimeline? If you have information on a crime that occurred, or the exact location of a wanted person, contact Crimeline – you will still be completely anonymous and can also be eligible for a reward.