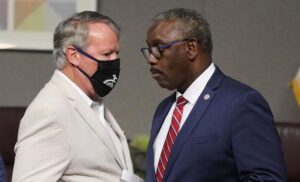 If you have not heard, Orange County Mayor Jerry Demings has issued an executive order mandating the wearing of masks, or face coverings. But in typical Orlando fashion, it appears to once again be more political theater than actual policy and transparent dialogue with the community during the COVID-19 pandemic. In fact, the hypocrisy of Orlando Democratic Mayor Buddy Dyer’s and Mayor Demings’ behaviors are also making many in the community frustrated and angry with the local leadership. For instance, Dyer has been wearing masks at press conferences for weeks, but suddenly dropped the mask during the police brutality protests. Demings, as seen in the photo with Dyer, stood inches from his face without a mask – I guess this means Demings doesn’t care about Dyer’s health, right?

But let’s look at this executive order. Citing the “significant reopening of its economic, cultural and civic life bringing more people into contact with each other,” Demings said Orange County had to act because of the increase in daily positive infection rates for coronavirus. The order also says it is “prudent to take more stringent measures” to avoid another Stay at Home order. Therefore, Mayor Demings is requiring face coverings.

“Every person working, living, visiting, or doing business in Orange County is required to wear a Face Covering consistent with the current CDC guideline while in any public place,” the Demings order says.

But that’s just not the reality of this executive order. In fact, there is a long list of exceptions – and no one is including that as part of this local news story. For most it makes sense that children under the age of two years old do not need to wear a face covering. But Mayor Demings’ order will not require the wearing of a mask for the following people:


The Demings order also does not apply to “employees and patrons of first response, government, healthcare or medical, veterinarian, shelter or rehabilitation, childcare, utility providers, construction, or transit agencies.” Well, what the hell does this executive order even mean then? Oh yeah, it makes it sound like local leaders are doing something when in reality they never had a plan from the beginning.

How can Orange County even enforce this as currently issued? Will they stop you and demand your medical records if you don’t have a face covering? Who decides what existing health conditions are exempt or not? Can the County definitively state you are or are not “exercising” if outside? Anyone could be going for a walk, or getting some fresh air.

What do the two local Democratic Mayors think qualifies a profession where face covering will not be “compatible” with the duties? Who decides? And how do you exempt government and employees and patrons of first response (especially when one of the recent local outbreaks came from the Orlando Firefighters) or any of those industries and not expect push back from the members of the general public? It’s not a good look to issue an executive order that does not apply to the government itself. This is the kind of hypocrisy that angers the public when they actually find out what their local politicians are really doing.

This is also not a plan. It’s not being rolled out in a manner that convinces the public, which could make the situation even worse as more and more people will see this is political and could end up further dividing our community on masks. Mayor Dyer lost his face covering during the police brutality protest press conferences before bringing it back. Social distancing and preventing COVID-19 spread by wearing a mask no longer mattered when Dyer had to deflect from his horrible record on police brutality and excessive force in Orlando. The inconsistency, the lack of a real plan, the awful communication are making the entire situation worse.

However, this political speak will end up hurting people too. Because local leaders are not being transparent about the included exceptions, community members will go on judging others as there is really no clear mandate, and no real public policy here. For instance, one friend is already encountering this with her son, who is on the spectrum for autism and can’t always wear a face covering in public. They face undue judgement due to the confusion over what the local order really means and to whom it applies. Others don’t think they can go outside at all due to the order because they don’t realize they may fall under an exception. So guess what will end up happening? People will just do whatever they want.

This isn’t a real order that will make a difference. It’s typical Orlando political theater, the last thing the public needs right now in the middle of a pandemic. 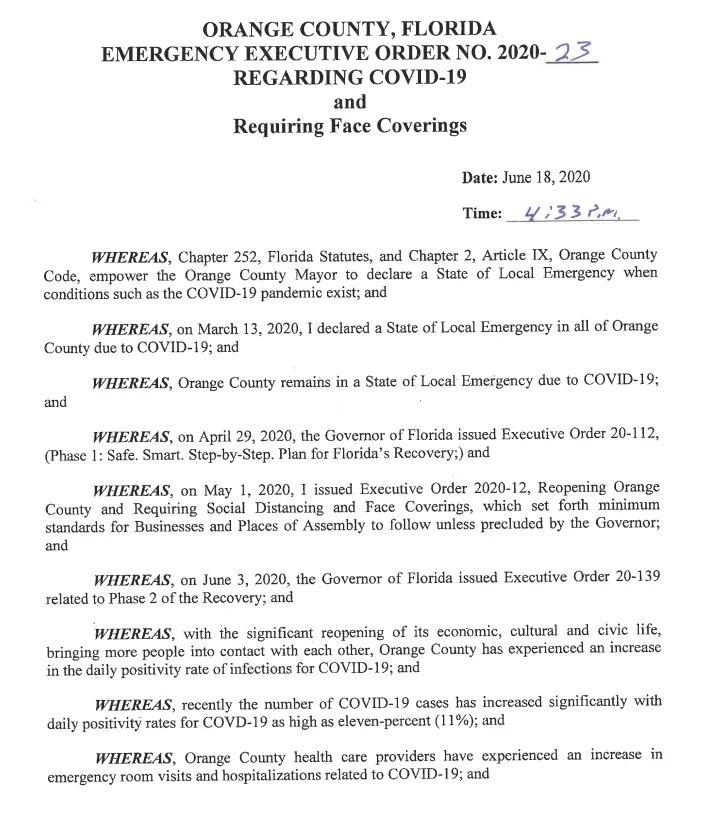 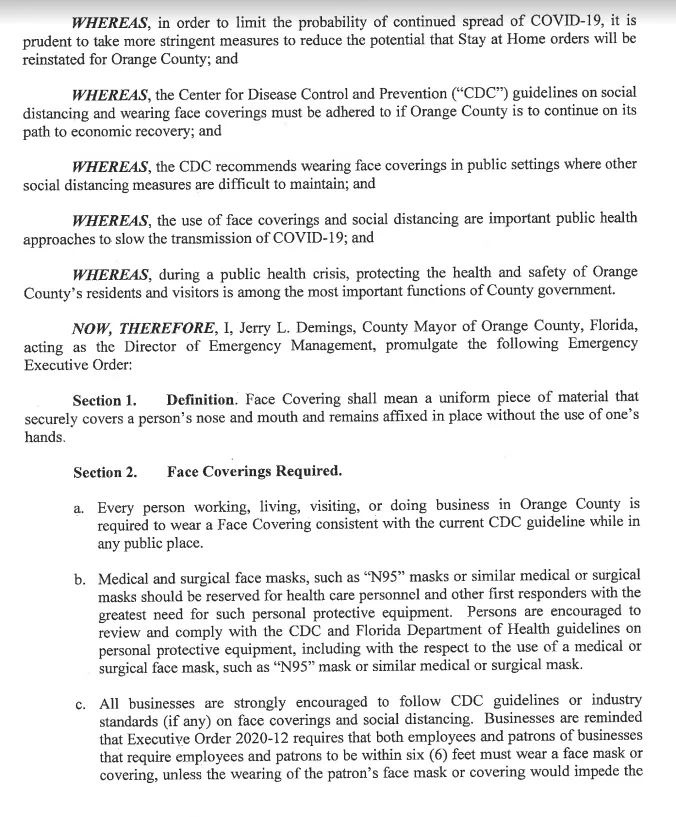 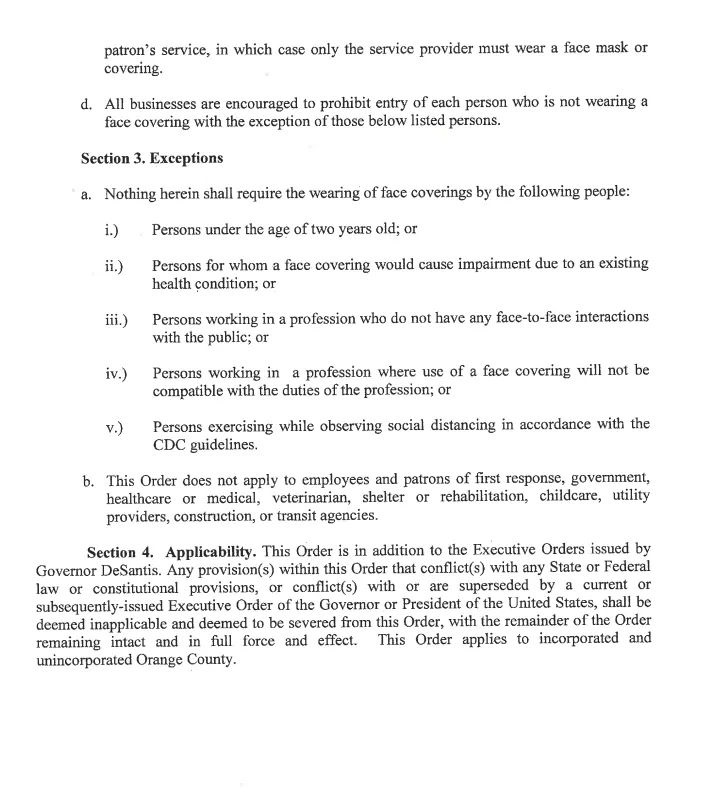