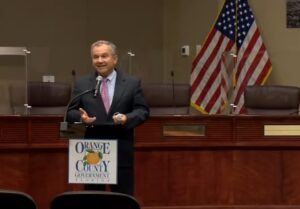 “Hopefully it’s a sign of what’s to come,” Diamond added. There is a two month time lag between when TDT is collected and when it is remitted, received and recorded on the County’s financial books. Therefore, December reserves reflect October TDT collections.

The Orange County tourist development tax reserves increased by $3.1 million in December. Since the start of the COVID-19 pandemic, Orange County has used about $130 million of reserves to meet the TDT obligations. That leaves about $51 million left in undesignated reserves, compared to $181 million. Diamond called that a “pretty substantial decrease over the course of the pandemic.”