OCPS to Open 4 New High Schools, 18 Other Schools in Next Ten Years 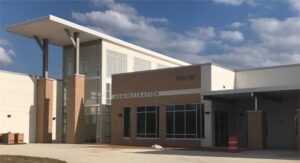 In the past decade, Orange County Public Schools has built, replaced or renovated 102 schools, more than half of the 202 schools in the district. This month, the Orange County School Board provided another update on the district’s Facilities program which calls for 22 new schools over the next decade.


The long-range OCPS plan calls for four new high schools in the next 10 years, including two opening this August: Lake Buena Vista HS in the Dr. Phillips area and Horizon HS in Horizon West. High schools in the Starwood and Meadow Woods East areas are set to open in 2025 and 2029, respectively. The plan also calls for four new middle schools, one new K-8 and 13 new elementary schools.

OCPS is planning new prototype designs for all schools opening in 2024 or later. The new prototypes will include the latest technologies, emphasize safety and security and will incorporate lessons learned from existing prototypes. The economic impact of the OCPS capital and capital renewal programs between 2014 and 2021 has been $1.74 billion in local expenditures, $2.66 billion in local output and an average of 2,185 jobs a year.

In other news, OCPS announced a solar array will be piloted at the OTC – Westside Campus. OCPS has earned more than $3 million in energy rebates since 2002.