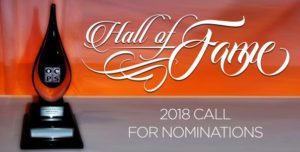 Orange County Public Schools is now accepting nominations for the 2018 OCPS Hall of Fame. Nominations will be open through Oct. 16, 2017. The Hall of Fame candidates can be in the categories of:

A former OCPS student or graduate who has distinguished himself/herself by leadership or achievement in a chosen profession including arts, athletics or service to the community.

Someone who has been a loyal and dedicated supporter of OCPS, its schools or programs.

For additional eligibility requirements and information on how to submit your nomination, click here. A formal induction ceremony will take place at the Rosen Shingle Creek Resort May, 5, 2018.