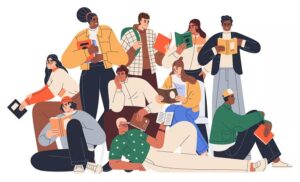 According to a new study published by Clever, a real estate data company, Orlando is one of the worst book cities in America. The study collected data on book passion in the 50 most populated metros, measuring Google Trends results for the top 10 bestsellers in 2021. Orlando has a pathetic book passion score of 35 out of 100.


The study also collected Google Trends data for five common book terms to generate each city’s book interest rating. Orlando rated 17 out of 100. Yikes. That says a lot about the city Mayor Buddy Dyer has led for two decades. Apparently, the “Orlando Mayor Buddy’s Book Club” isn’t having much of an impact locally.

The worst city overall is Las Vegas, followed by Miami, then Orlando as the least-reader friendly cities in America. So there’s that, Orlando beat Vegas and Miami. The best book city is Providence, followed by Hartford, Boston, San Jose, and Seattle.