The 2023 Okeechobee Music & Arts Festival announced this year’s artist lineup back in September, and now there is a Lineup by Day as well as a few new acts who have been added. See the Lineup by Day below.

Here’s a look at the Okeechobee Lineup by Day: 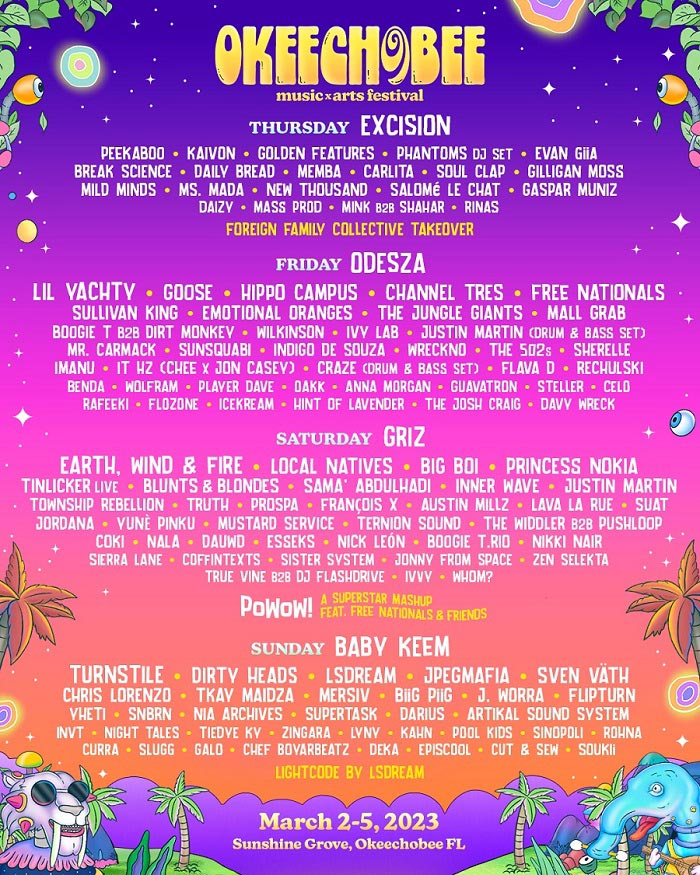 As seen on the Okeechobee Lineup by Day, the festival’s sixth annual PoWoW! will be led by Grammy Award-winning band Free Nationals, featuring an array of to-be-announced surprise guests. Since the inaugural event, the PoWoW! has been one of the unique, defining moments of each OMF festival. Making history for artists and fans alike, unexpected talent is paired together for live mashups filled with creativity and imagination against a breathtaking setting under the stars deep in the heart of Sunshine Grove.

The latest festival news comes on the heels of the Grammy nominations, where two of OMF’s 2023 performers were nominated. Headliner Odesza was nominated in the category of ‘Best Dance/Electronic Music Album’ for their critically acclaimed album The Last Goodbye and Turnstile received three nominations in the categories of ‘Best Rock Song,’ ‘Best Rock Performance’ and ‘Best Metal Performance.’