Orlando Congresswoman Stephanie Murphy spearheaded numerous provisions in the bipartisan National Defense Authorization Act to secure millions in funding for Central Florida before leaving Congress. Rep. Murphy serves as the Vice Chair of the Subcommittee on Intelligence and Special Operations and is from Winter Park, Florida, but she retired from Congress and did not seek re-election.


These include a provision to protect Florida’s manatees and other marine mammals, $40 million to improve water and wastewater infrastructure in Central Florida, as well as measures to deter America’s adversaries like China, support our global partners like Taiwan, and strengthen Orlando’s modeling, simulation, and training sector. 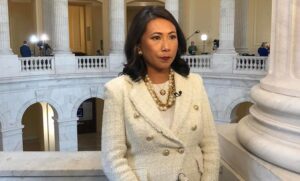 “As a member of the Armed Services Committee, I help craft each year’s defense authorization bill and I’m particularly proud of all we were able to include for fiscal year 2023 to help America meet the defense challenges of today while improving our communities at home,” said Rep. Murphy, a former national security specialist at the Department of Defense. “In addition to measures to deter our adversaries and support the brave troops defending our nation, we’re also sending funds right to Florida to improve water systems and protect our beloved marine mammals.”

The NDAA includes a bipartisan bill introduced by Murphy alongside Republican Congressman Brian Mast to protect marine mammals like manatees, dolphins, seals, and whales. It increases funding for two initiatives—the Prescott Marine Mammal Rescue Assistance Grant Program and the Unusual Mortality Event fund—that the federal government uses to support efforts by local governments and non-profit organizations to rescue and rehabilitate sick and injured marine mammals and to determine what is causing the mammals to experience problems.

The bill also includes $40 million in funding Murphy requested that could be used for projects throughout Central Florida to improve critical water and wastewater infrastructure, increasing resiliency for the community against severe storms. The projects include improvements to sewer systems, sustainable efforts to conserve potable water, and new technology and equipment to ensure water systems are more reliable.