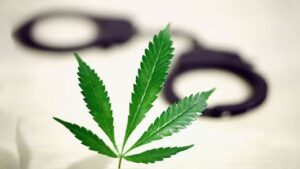 According to data published in the Journal of Drug Issues, the adoption of state-level marijuana legalization laws does not lead to any significant uptick in overall criminal activity.

Researchers affiliated with the University of Colorado at Colorado Springs and with Boise State University in Idaho compared crime data in Colorado and Washington to a synthetic control over a ten-year period, through 2019. The report said that legalization was “generally not associated with changes in index crime rates.”


“These findings substantiate prior research,” authors concluded. “Increased crime rates should not be a primary concern as more states move to adopt recreational marijuana use legislation.”

According to NORML, prior evaluations have reported an association between adult-use legalization and improvements in police clearance rates, concluding that legalization “positively influences police performance.”

Full text of the study, “Crime in a time of cannabis: Estimating the effects of legalizing marijuana on crime rates in Colorado and Washington using a synthetic control method,” appears in The Journal of Drug Issues.