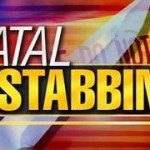 Investigators arrived at 4165 Minosa Street, Orlando, around 2:48 am on Monday morning were they found the victim, Christobal Escontrias, 31, deceased.

Police said that a person of interest has been detained.  Investigators believe that the stabbing stemmed from a domestic dispute between Escontrias and his girlfriend.

The investigation is ongoing to determine the motive for the stabbing.

Check back later for more on this story.