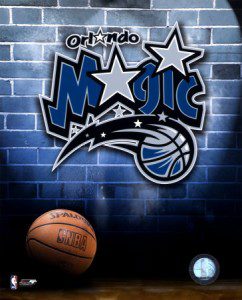 In Sunday nights mach-up against the Utah Jazz, the Orlando Magic came out blazing, so did Jazz Head Coach Jerry Sloan. The Jazz had already fallen to a five-point deficit when Center Mehmet Okur was called for a foul on Magic Center Dwight Howard. One tirade and two technical fouls later, Jazz Head Coach Jerry Sloan was ejected just 2:12 into the game. This costly show of emotion failed to inspire his team, which soon fell behind 13-2. The Jazz never again came within nine points of the Magic.

Coming into the game Sunday evening, the Jazz had lost their 12 game winning streak against the Atlanta Hawks on Wednesday and been beaten a second time in a row Saturday in triple overtime against MVP candidate Dwayne Wade and the Miami Heat. Back to back games are tough. The last game of a road trip is tough. Cross-country road trips are tough. Overtime losses are tough. The second game of a back-to-back on the last leg of cross-country road trip after a triple overtime loss is very tough. Understandably, the Jazz came out flat and stayed that way.

The Magic came out firing on all cylinders as Point Guard Rafer Alston pushed the ball viciously up and down the court early in the game. Alston’s vigorous pace was paired with a spectacular effort from Howard who finished the first quarter with 12 points and 11 rebounds, a double-double.

Howard would go on to finish the game with 28 points and 20 rebounds for his seventh 20 and 20 game of the season. Magic Coach Stan Van Gundy, questioned as to Howard’s candidacy for MVP, suggested that he did believe Howard should be in the discussion, while conceding frontrunners Lebron James, Kobe Bryant, and Dwayne Wade were all deserving of the post-season honor also.

The Magic were also aided by a big game from Rafer Alston who posted 16 points, six assists, and two steals. Ailing forward Hedo Turkoglu returned after a two game absence to add 10 points and eight assists.

Utah was lead by forward Carlos Boozer with 23 points and 13 rebounds, an impressive effort that is overshadowed by Howard’s. Jazz point guard Deron Williams had 11 points and 9 assists, but was slowed by a second quarter collision with Howard that caused him to leave the half early. Although Williams returned, under obvious duress, he was not enough to pull the Jazz back into contention.

The Magic and Jazz are both deeply engaged in the hunt for playoff seeding. Following the win, the Magic have drawn within a half game of the second place Boston Celtics. The Jazz are currently one game ahead of the Dallas Mavericks in the Western Conference seventh slot.

With 16 games remaining in the season, Dwight Howard and the Orlando Magic show no signs of slowing down. Tuesday the Magic face the Cleveland Cavaliers in the ominous Quicken Loans Arena where the Cavs are league-best 27-1.