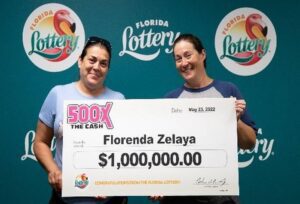 The Florida Lottery announced that Florenda Zelaya recently claimed the $1 million prize from the 500X THE CASH scratch-off game. The local woman reportedly purchased her winning ticket in Apopka at the All In One Deli.

The winnings were taken as a one-time, lump-sum payment – meaning the total payout was $820,000.


While it was a very large payout in a very uncertain economy, it is a $50 scratch-off game. The Florida Lottery says the game features the largest scratch-off prize at $25 million and the best odds to become an instant millionaire. It worked for one Orange County player.

By selling a winning lottery ticket, the store also gets a little prize money. The Apopka store should receive a $2,000 bonus commission for this winning ticket.