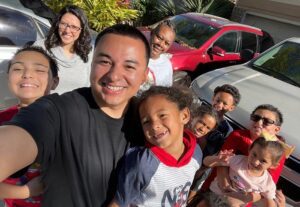 Florida business owner Chris Delgado is running for Orange County Commissioner in District 2, which includes Apopka, Ocoee, Lockhart, Tangerine, Zellwood, Eatonville and portions of Pine Hills, College Park, and Orlando. The local entrepreneur says he has experience in regional commerce and has a history of supporting area schools, youth sports programs, and low-income residents which would better represent the interests of the community. District 2 Commissioner Christine Moore is running for re-election in the race.


“As many in Apopka know, the people and community here are a priority to me and have been for many, many years,” said Delgado. “I am one of the first to support our great city, people and programs when help is needed. My role as County Commissioner extends and expands my ability to serve.”

As a local business owner, private citizen and sponsor for community causes and initiatives in Apopka, Delgado says he is intimately aware of the needs of the people in the region, and where support is needed most. In addition to his dedicated support to schools, youth sports, and low-income residents every year, his Orlando Giving program annually donates thousands of dollars to support families in the greater Orlando area during the Christmas holiday season, he said. He said he also regularly attends city and public meetings to support Apopka.

If elected, Delgado said he “plans to spend the first thirty days meeting and connecting with members of the Apopka community and its commerce to ask questions and hear about their needs, in addition to building on his existing platforms.” He mentioned he has particular interest in exploring how tax dollars are currently used to identify ways to better leverage and increase use of these funds for Orange County citizens.

“I’ve been to many public meetings with our local officials, and I’ve seen firsthand how many of the wants and needs of our communities are not regarded,” said Delgado.