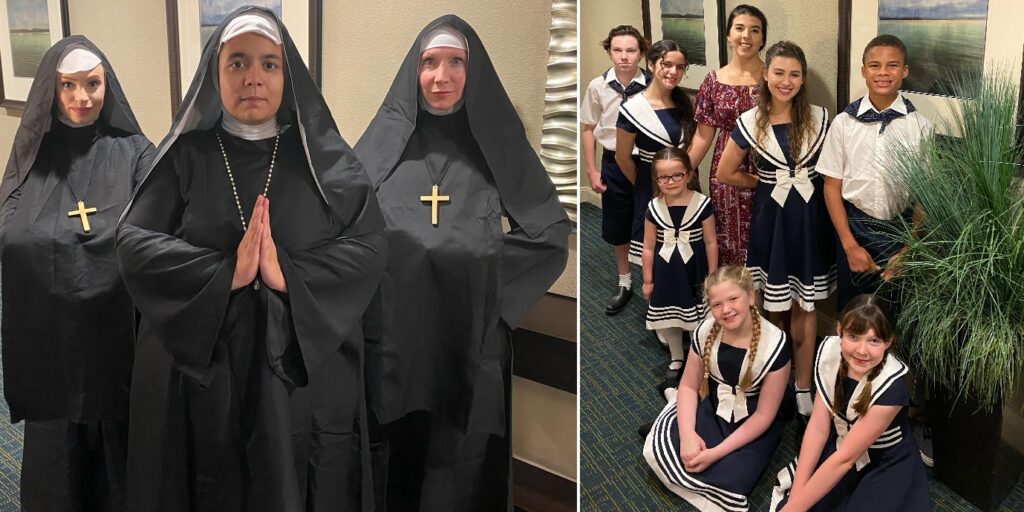 Little Radical Theatrics Inc., a Rosen JCC Town Square Partner, is ready to present its all ages community theater production of “The Sound of Music” here in Orlando. Shows will take place on November 19th at 7pm; on November 20th at 2pm and 7:30pm; and on November 21st at 3pm. All shows will be at the Rosen JCC Event Center (11184 S Apopka Vineland Rd).

The excellent cast features 30 actors between the ages of 4 and 65+ including a set of siblings playing two of the von Trapp Children; a mother, son and daughter in the show together! The local Captain von Trapp is an emergency room pediatrician with Orlando Health fighting COVID-19 in his day job.


Featuring a trove of cherished songs, including “Climb Ev’ry Mountain,” “My Favorite Things,” “Do Re Mi,” “Sixteeen Going on Seventeen” and the title number, The Sound of Music won the hearts of audiences worldwide, earning five Tony Awards and five Oscars. The inspirational story, based on the memoir of Maria Augusta Trapp, follows an ebullient postulate who serves as governess to the seven children of the imperious Captain von Trapp, bringing music and joy to the household. But as the forces of Nazism take hold of Austria, Maria and the entire von Trapp family must make a moral decision.

Tickets are less expensive in advance than at the door with discounts for kids, students,seniors and a group rate! Seating is assigned so booking ahead of time is highly encouraged. To purchase your advance tickets to “The Sound of Music” please visit here or call 914-589-1669. For more information about the company please visit Little Radical Theatrics.