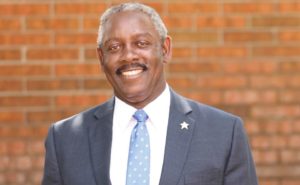 Democrat Jerry Demings won overwhelmingly in the three-person election for Orange County Mayor. Demings ended up with about 62% of the vote, winning the non-partisan election for County Mayor outright. Demings defeated Commissioner Pete Clarke and businessman Rob Panepinto. Mayor Teresa Jacobs could not run for re-election due to term limits, and she was elected Orange County School Board Chair tonight, as the county leadership shuffles roles.


“As I campaigned vigorously for the last 13 months, I did not want to make the campaign about me, but about the people,” Demings said in his victory speech. “And tonight, the people have spoken by overwhelmingly electing me to be the next mayor of Orange County! They rejected the negative campaign attacks, and voted me into office based on my 37 year track record of public service.”

“I promise to put the people first, over politics, as we continue to make Orange County a great place to live, work and visit,” he added. “I am excited about our future and I am ready to get to work.”

Demings also commented on his feelings having to resign from the Sheriff’s Department in order to transition roles. “With mixed emotion, after nearly four decades, I will end my career as a law man and begin my new role as Orange County Mayor of December 4th,” Demings said.

“My victory tonight speaks volumes to just how far this community has come. The son of a maid and a taxi cab driver has been elected Mayor,” Demings said.