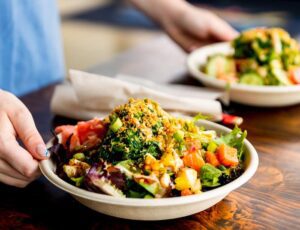 Hurricane Ian has flooded neighborhoods throughout Florida and has devastated many. In wake of this natural disaster, Island Fin Poké Co. believes everyone must come together like family, or Ohana, and help each other in times of need. In support of the Florida community, the franchise will collect non-perishables and canned foods throughout the month for its local food pantries and Second Harvest, a Central Florida food bank.


Island Fin Poké Co. is a Florida-based fast-casual concept known for its Hawaiian-style build-your-own poké bowls that they say are more than just a bowl, they’re a lifestyle. The Island Fin Poké Co. brand is built on the principle of treating everyone like Ohana and is focused on offering a friendly and welcoming atmosphere, so each guest feels special during every visit, from the moment they walk through the doors until the time they leave.

Since the beginning of October, Island Fin Poké Co. has been collecting canned foods and non-perishables to donate to surrounding food pantries. In addition, at Island Fin’s Lake Nona location in Orlando, all donations will be donated to Second Harvest Food Bank because of the company’s regular established collection times for donations.

“The damage from Hurricane Ian weighs heavy on our hearts and we continue to keep those who are impacted in our thoughts as the restoration efforts begin,” said Island Fin Poké Co. CEO and co-owner, Mark Setterington. “We all must come together and support our communities by donating and helping those affected by this disaster.”

Saying it is a way to stay true to their brand, Island Fin Poké Co. looks to support the community in as many ways as they can, and collects and donates to local food banks twice a year. Guests who would like to help donate can drop off food items at any local Island Fin Poké Co. when the months of donations are announced. From there, Island Fin Poké Co. will work with local pantries to get the items where they need to go.

The company believes in not only offering healthy and customized poké bowls, but also in coming together during devasting times. To learn more about their locations to donate and help other Floridians, visit Island Fin Poké Co.