A ceremony to honor the fallen multi-agency first responders on 9-11 and those currently protecting and serving their communities throughout our homeland was held at the Hilton North Orlando/Altamonte Springs. The inside memorial display was originally unveiled and dedicated on the tenth anniversary of 9-11 back in 2011. This 20-year anniversary ceremony was a rededication of the 9-11 memorial display. Here’s a photo recap of the ceremony: 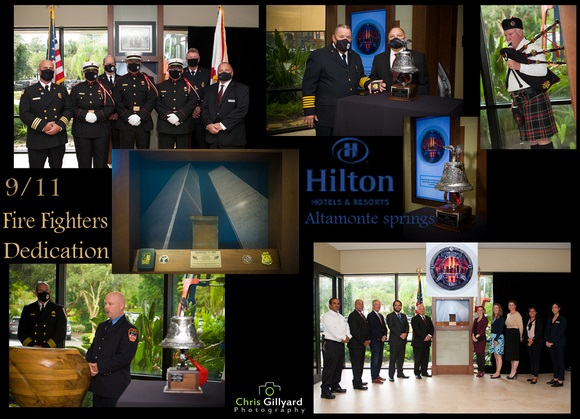 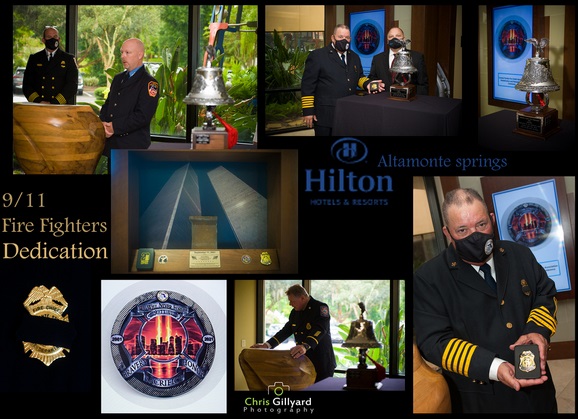 You are invited to view the full “9/11 Fire Chiefs Dedication Hilton Altamonte Springs” gallery of the event from Chris Gillyard Photography.

As part of a 9-11 tribute and a Decade of Remembrance in 2011, the Hilton Orlando/Altamonte Springs “Blue Energy Committee” through its community outreach function created this memorial dedicated to first responders. Andrew Jones, Convention Service Manager and committee team leader, headed up the project and acquired [on loan] a piece of steel from “Ground Zero” at the World Trade Center for the memorial display through the Central Florida Fire Chiefs’ Association and efforts of the late John Pedalino [FDNY ret] “We Shall Never Forget 9-11 Foundation, Inc.”

Seminole County Fire Department’s Honor Guard assisted in the unveiling of the memorial display along with the dignitaries in attendance making a few remarks. Program concluded with “Ringing of the Bell” and “Retiring of the Colors” by the Honor Guard, followed with a “Prayer of Dedication” by CFFCA Chaplain Rick Spence and Amazing Grace played by the Bag Piper from Orlando Firefighters Pipes and Drums.