How Does Orlando Rank for Fast Food Lovers? 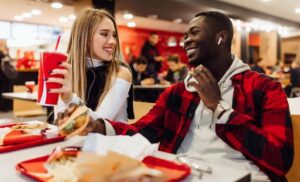 Florida cities topped the ranking, with Orlando reigning supreme for the second year in a row. Miami, number 3 overall, did not have the most affordable or highest-rated fast food, but it has the most fast-food establishments per square mile.

Even though Mayor Buddy Dyer claims Orlando is a “foodie” city, this study confirms the Central Florida tourist town is the best city for fast food lovers. Orlando comes out on top with the highest-quality to-go meals. O-Town has the most Fasties Award-winning food brands, too, followed by Tampa, which is tied for the No. 2 spot.


Fast food appears to be a great option for Floridians and tourists who are busy riding roller coasters or soaking up the sun.

In Orlando, 4 Rivers Smokehouse in Winter Park and Beefy King, another local favorite, got mentions in the ranking and analysis.

To come up with the ranking, LawnStarter looked for cities with access to plenty of fast-food establishments and considered affordability and quality, including Thrillist’s Fasties Awards.