“Now I am happy to report that unemployment is at a 3 year low. These job trends are a result of our reducing regulation, easing the tax burden on small businesses and delivering two consecutive balanced state budgets without tax increases. To ensure our job growth continues, I signed my 2012 Job Creation and Economic Growth Agenda into law,” says Gov. Rick Scott. 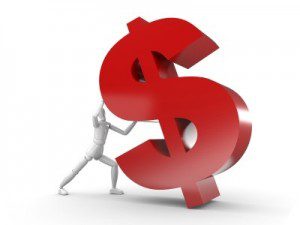 From the governor’s perspective, his plans and policies are working and improving the state’s economy. Since the governor was elected to office, there has been 11 consecutive months of job growth. It would appear that our governor has the magic touch and everything he touches turns to gold.

In Governor Scott’s new budget, he has included an additional one billion for K-12 education, and this would seem to show that the governor cares about children and families in the state. But there is a disconnect with Florida voters, and they are still very angry with the governor’s policies.

In the country, our governor has one of the worst job approval records, except for the two governors who are faced with recall campaigns. Our governor has used creative budget making and made deep cuts in health care, higher education, eliminating state government jobs, making counties pay disputed Medicaid bills, and cuts in many other areas. The governor is being sued and has a number of cases in court challenging his authority.

The Florida Association of Counties voted last week to sue the state over a law that requires them to pay $323.5 million in disputed Medicaid bills.

“From the outset, we’ve said that local taxpayers shouldn’t be forced to pay for Tallahassee’s accounting errors. And to ensure that they are not, we will be pursuing legal action,” said Chris Holley, executive director of the Florida Association of counties.

The state is telling everyone that they have balanced their budget, but the counties will be forced to raise their taxes to pay back the disputed bills. The governor is also bragging about how he is helping small businesses, yet the majority of small businesses are finding it hard to get access to capital and worried about health care, taxes, and creating jobs. It appears that the large corporations are the only businesses in the state, which are benefiting from the governor’s tax cuts and breaks.

Governor Scott and his administration are being threatened by FEMA and the federal government if he signs House Bill 503, the state flood insurance will be suspended. Finally, I am still trying to figure out how a governor can start with a $4 billion deficit and end with a $1.2 billion surplus.

The State of Florida has a requirement that the legislators must pass a balanced budget; therefore the state can have a shortfall at the end of the year, and a surplus in a different state account. This is creative government accounting and even though the state could not pay all its bills, it didn’t touch its reserves. I guess we can congratulate the legislators and the governor for passing a balanced budget, and not worrying about paying all the bills.

As Florida Recount Continues, Nothing Likely to Change