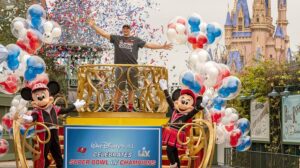 
Gronkowski made his way to Disney World on Monday to experience “some of Disney’s most popular attractions,” Disney said in a post on its official blog. Brady will visit the parks in the “coming months.”

House Bill 919 Keeps the Power with the People