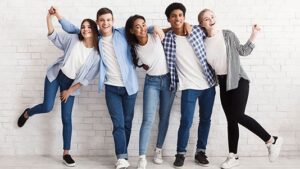 Data provided by the University of Michigan’s annual Monitoring the Future survey shows the percentage of adolescents reporting substance use “decreased significantly,” including use of marijuana and other controlled substances.

“We have never seen such dramatic decreases in drug use among teens in just a one-year period,” said Nora Volkow, Director of the US National Institute on Drug Abuse, which funded the study. “These data are unprecedented and highlight one unexpected potential consequence of the COVID-19 pandemic, which caused seismic shifts in the day-to-day lives of adolescents.”


“The percentage of students who reported using marijuana (in all forms, including smoking and vaping) within the past year decreased significantly for eighth, 10th, and 12th grade students,” authors of the study reported.

In September, Dr. Volkow publicly acknowledged that the enactment of statewide laws regulating the adult-use cannabis market has not led to an increase in the percentage of young people experimenting with the substance. The MTF findings come just months after the US National Institutes of Health released similar conclusions. That study also reported dramatic year-over-year decreases in cannabis use by those ages 12 to 17.

“These latest findings add to the growing body of scientific literature showing that marijuana regulation policies can be implemented in a manner that provides access for adults while simultaneously limiting youth access and misuse,” NORML’s Deputy Director Paul Armentano said.