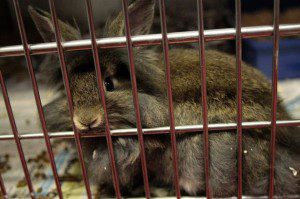 Doctor Dolittle this was not – Sheriff’s deputies found 40 animals, among them dogs, cats, rabbits, a snake and a lizard, abandoned in a Pasco County Home.

The animals were found after a neighbor phoned authorities about 6:30 p.m. Wednesday complaining of a strong odor coming from the home and numerous flies on the windows, officials said.

A deputy arrived and found the animals, which appeared to have been left unattended for up to a week, officials said. Animal feces was also scattered throughout the home, the Tampa Bay Times reports.