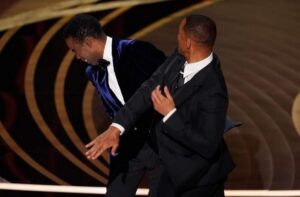 Florida Attorney General candidate Aramis Ayala weighed in on Will Smith’s infamous slap at the Oscars, saying that Chris Rock is a “crime victim.” She also added that “crime is consistently justified for some demographics.” Ayala recently entered the Democratic primary for the statewide race after ending her campaign for U.S. Representative in Orlando, which also had a crowded primary.


“Chris Rock may not fit the profile and he may decline to prosecute, but he is a crime victim. Period. There’s no legal defense,” Ayala posted on social media. “No matter how offensive or out of order he was, he did not commit a crime. Sadly, crime is consistently justified for some demographics.”

The Democratic candidate for Attorney General seems to be alluding to deeper issues than just the assault at the Oscars. Ayala was previously State Attorney for the Ninth Judicial Circuit, which serves Orange and Osceola counties in Central Florida.

Her husband, David Ayala, shared her post while further calling out Will Smith’s violence. “1- Will is a comedian so he understands the rules which is why he laughed at first. 2- Will is 6’3 220 pounds while Chris is 5’8 168 pounds and that slap did not even move Chris. 3- Will stop trying to pick your fights,” he posted.

Will Smith slapping Chris Rock at the Oscars made it to Florida politics.