Ten people died after smoke from a brush fire led to multiple crashes on Interstate -75 early on Sunday morning. 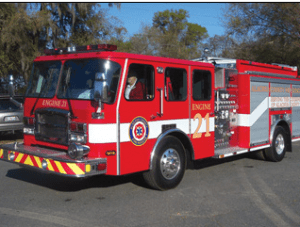 The crashes occurred around 4:00 a.m. on I-75 northbound and southbound lanes.

Ten people died as a result of the accidents and 18 others were transported to Shands Hospital in Gainesville and other local hospitals.

A spokesman for Florida Highway Patrol, Patrick Riordan said, on Saturday evening, Interstate 75 was closed for sometime because of smoke from a brush fire in the Paynes Prairie area, but as conditions improved, FHP re-opened the highway, reports cfnews13.com.

After the crashes, both southbound and northbound lanes were closed for several hours. Troopers said, both north and south lanes of I-75 will be closed until the roadway is cleared.

For travelers using northbound I-75:

Exit at the CR 318 exit and then travel east until US 441, and travel can resume northbound.

For travelers using southbound I-75:

Exit at Williston Road, then travel west to US 27, to resume travel southbound.

This is a developing story.  Check back later for more.

How does Gainesville, Florida, continue to be the Best and Whitest City in the Americas?

Gabe Breaks It Down for the Gainesville Sun